How I produce my paintings 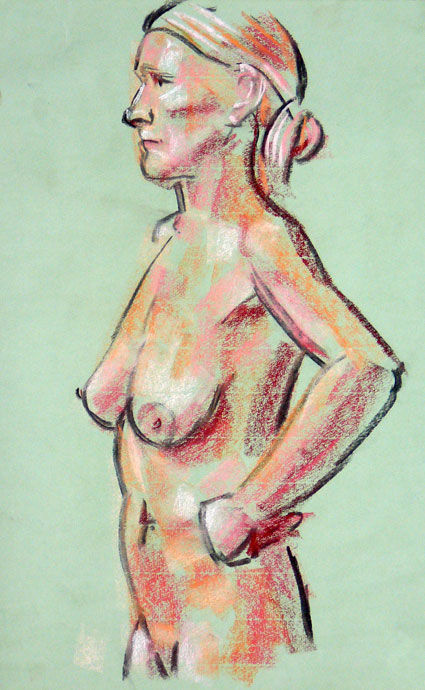 I thought it might be interesting (for myself if nobody else) to record the progress of my paintings in detail.
15/11/2013
The preliminary stages are making a series of pastel sketches of the pose, such as the one shown here, and taking a couple of reference photos. I then make a drawing on my computer based on these photos. (Yes, I could make the drawings from the model, but it would take longer and I’d still have to work them up on the computer for the subsequent stages of the painting).

In this painting I’m after the effect of a reflection but decided that it was easier to produce it by combining two drawings than by using two mirrors.